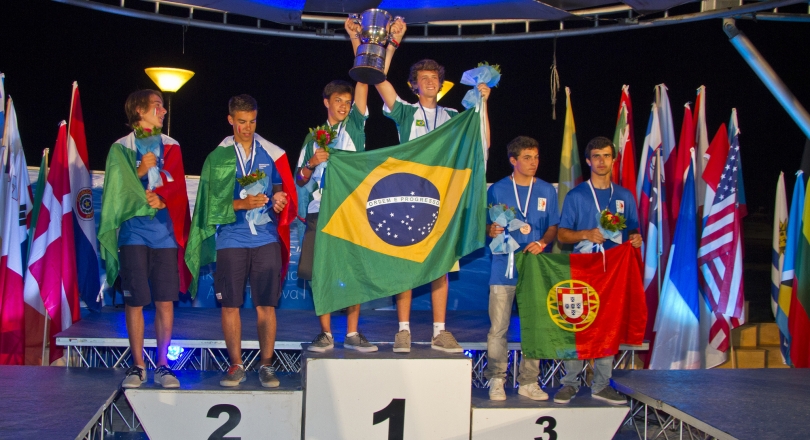 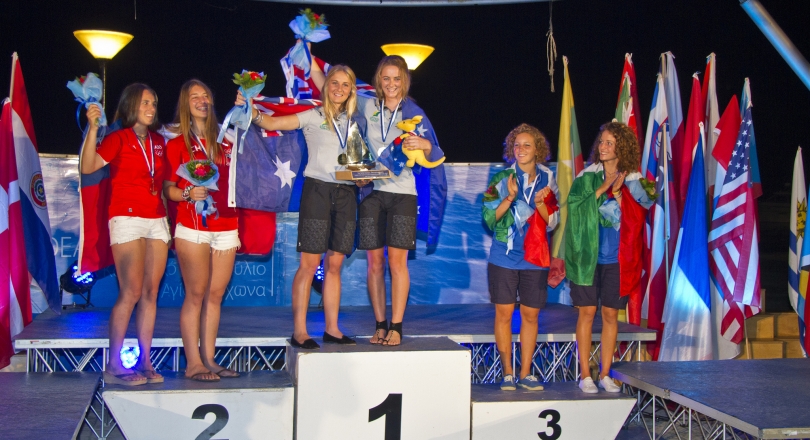 Brazil and Autralia wrap up Gold

Brazil’s Brito and Kneipp took the final gold medal to be decided in Cyprus in the 420 Boys event and were pleased with their accomplishment, “This is the first time a Brazilian has won a gold medal in the double-handed boys,” said Brito. “We trained really hard before and we are very happy and emotional.”

The pair had a seven point lead coming into the final and despite discarding their 21st they picked up on the last day they won by two points.

Carrie Smith and Ella Clark (AUS) were prepared for a last day fight for the gold after coming off the water on the penultimate day but after Italy’s Ilaria Paternoster and Benedetta di Salle received a non-excludable discard from Race 10 the Aussies had the job done could enjoy the final day on the water.

“We’re pretty excited,” said Smith, “It’s been a long time in the making and this regatta has just been perfect and we’ve really enjoyed it.”

Clark added, “It’s been a really good regatta for us. This was our third and final shot at this regatta and to come out as World Champions, especially with a race to spare, we’re stoked.”

In recent years it has become a tradition for the Australian Youth World team to lift their golden sailors off the water and Smith and Clark were head and shoulders above the rest, “We saw it with Mark [Spearman] last year and didn’t think they could do it with a 420 and with us on it but it was awesome and a great feeling.”

The Italians dropped to fourth overnight so had some work to do on the final day to pick up a podium spot. They worked hard winning the final race and the results went their way as they picked up bronze. Silver went to Chile’s Nadja Horwitz and Carmina Malsh.

The ISAF Nations Trophy was won by the Italian team who displayed strong results across all eight events throughout the week. They finished nine points clear of Australia with New Zealand in third.