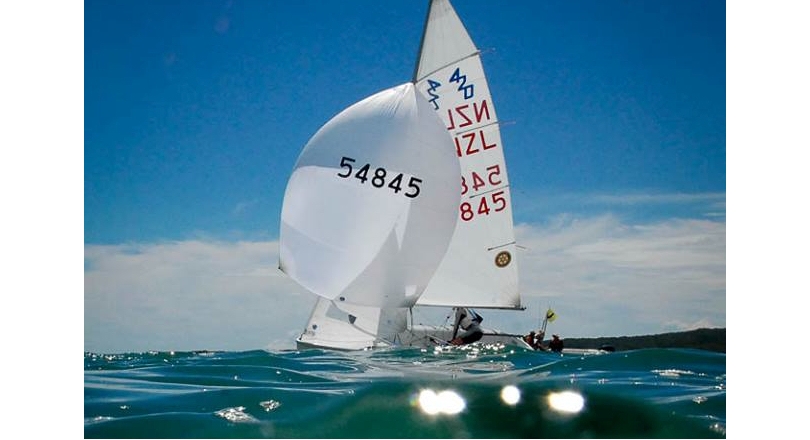 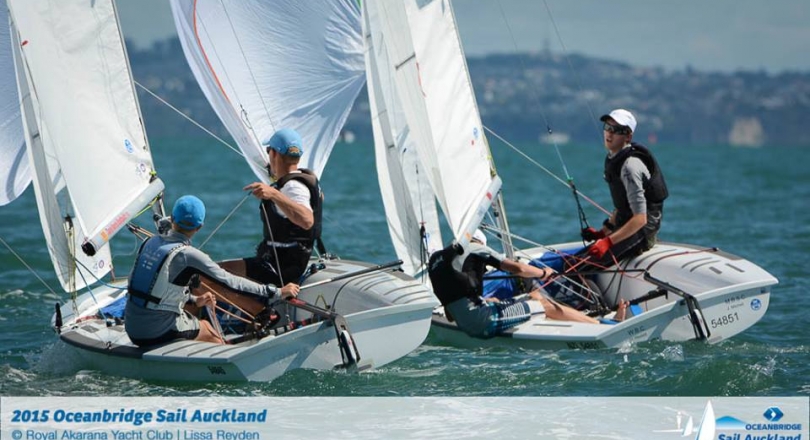 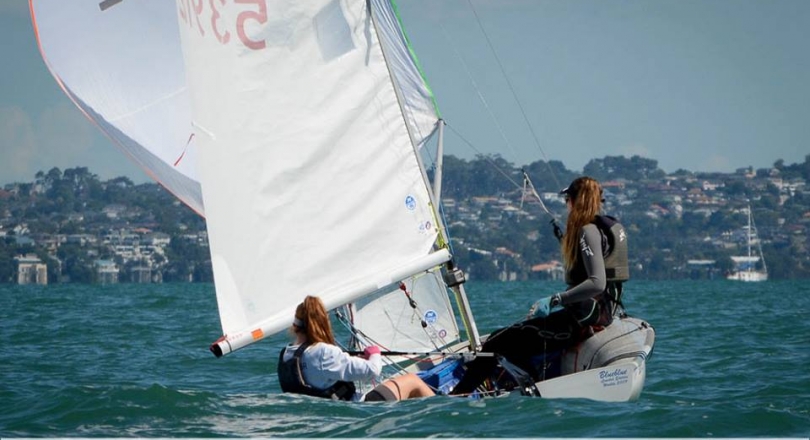 Light conditions dominated the racing at 2015 Oceanbridge Sail Auckland, No problem for the young sailors though who got time to catch up with their hero and former 420 sailor Peter Burling.

This news belongs to
2015 Oceanbridge Sail Auckland
ALL EVENT INFORMATION

With Peter Burling announced as skipper of Emirates Team New Zealand on 26 February 2015 his hero status grew even more! Burling's sailing path is one trodden by many - Optimist, 420, 470, 49er and America's Cup - with gold medals at the 2015 Moth Class Worlds and 2007 420 Worlds along the way.

The leading three boats in the 420 fleet were very much in a three-way challenge for the podium as they asserted their dominance over the rest of the pack early on.

Back to back race wins on day 1 placed eventual winners Jonathon Weston/Taylor Balogh (NZL) in the lead, but they certainly didn't have the race track all their own way. Pushing hard, and leading going into the final day were Brittany Wornall/Emma Stenhouse (NZL). Things were looking good for the girls' team to take the win, but a UFD penalty score in the penultimate race, followed by a 3rd put paid to their hopes of claiming the top spot glory.

Back to back race wins in the same races for Weston/Balogh secured their victory by 7 points. Third to Kerensa Jennings/Chelsea Rees (NZL) just 1 point behind second place.

Click on ALL EVENT INFORMATION above for full results and more ...