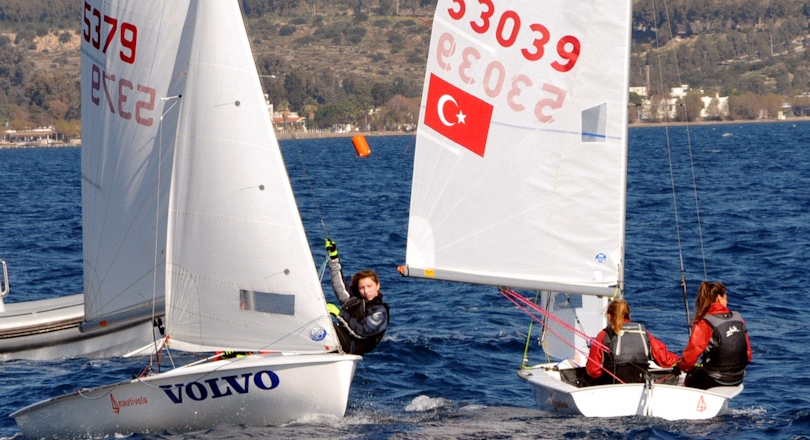 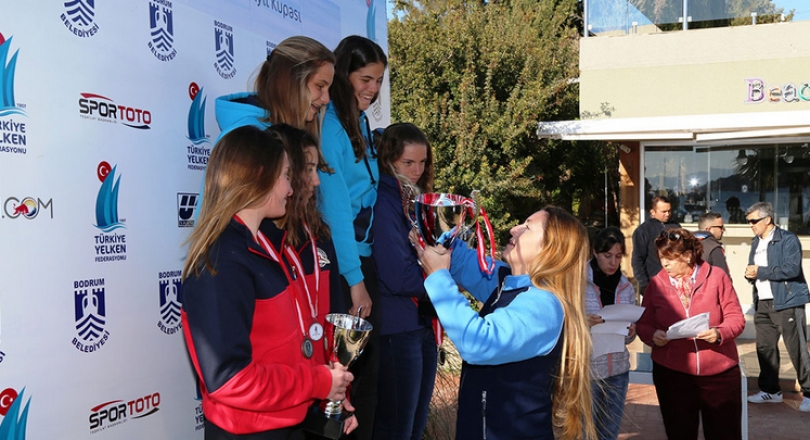 From 2-7 February, the waters off Bitez, just to the east of Bodrum, saw Turkey's best young 420 talent race at the 420 Winter Regatta, organised by the Turkish Sailing Federation with the support of the Municipality of Bodrum.

This news belongs to
2016 420 Winter Regatta
ALL EVENT INFORMATION

420 Class racing was held alongside the 470 fleet, with five races contested between the 12 teams.

The first day delivered a 12 knot breeze and sunshine, with 2 races completed. Each of what turned out to be the top three boats overall struggled to find their lanes in race one. But Leyla Şenocak/Aylin Tezol managed to follow up their 7th place with a convincing win, the first of three they claimed in the series. But, leading the charge on day 1 were Tansu Emir Sarlak/Atil Api, whose 1,2 scorecard placed them well ahead of the rest.

All change on day 2, as the wind increased to 15 knots and the three races significantly shuffled the leaderboard. Şenocak/Tezol started their day with a 2nd, before going on to claim the next two wins, take control of the leaderboard and put themselves in what turned out to be an unassailable position. Yücehan Aslan/Alaattin Kartal moved up to second with Haluk Çalın/Alp Güçer in third.

Overnight, a significant storm filled in and the breeze kicked off up to 45 – 55 knots winds. The fleets kept well away from the race track, remaining hopeful racing could resume. But, there was no let-up in the storm over the remaining days of racing, with the day 2 leaderboard standing.

A great result for Şenocak/Tezol who won overall and claimed the top girls' spot.