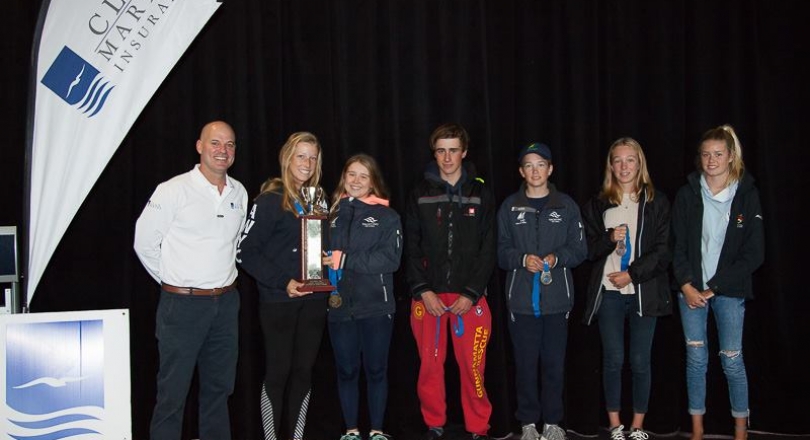 Sixteen 420 teams took to the race track, with day one featuring Australian Sailing Youth Team duo, Laura Harding and Eleanor Grimshaw, out front for most of the day scoring a 1,2, but missed the final race.

Harding said, “The conditions were up and down – there were changes in breeze strength and it was quite shifty. This made trimming difficult through the gusts and lulls but it was a very fun day on the water. We were trying our new main so we were playing around with that and think that helped us gain on the upwinds.”

With a 17 point penalty score added to their points tally, Harding/Grimshaw  dropped down the leaderboard, whilst Sophie Jackson/Laura Thomson took over the lead from results of 2,4,1. An up and down scorecard for most, with not much separation.

Day two was cancelled when the Bureau of Meteorology issued a severe weather warning to the Port Phillip Bay, keeping teams ashore as 40 knot squalls blew through the area. With racing cancelled presentations were brought forward and winners were based on the three races completed on the opening day.

So victory to Jackson/Thomson, second to William Pratt/Charlie Dixon and third to Ella Gladwell/Alice Haslett.